A warning to readers:  The third section of this post tells the story of a survivor of rape and assault.  Although I have deliberately chosen not to go into graphic detail, readers who are themselves survivors may find this post to be difficult to read and/or triggering.

Anyone struggling in the aftermath of rape or sexual assault is encouraged to call the National Sexual Assault Hotline at 1-800-656-4673, or to visit RAINN:  www.rainn.org.  Support is available 24 hours a day.

There is a tiny, empty clinic in a tiny town in the great, empty northern stretch of Arizona that is the Navajo Nation.  It is where I started my nursing career nearly eleven years ago.

They’ve built a new hospital since I left, and the small main clinic building and dozen or so trailers that served as offices surrounding it are now closed, abandoned to the red dust and wind that roars down off Black Mesa.  The nursing staff had their own trailer, two cubicles carved out of cheap dividers, a few computers, a few lockers, our mailboxes, a folding table.  The secretary who managed the never-ending reams of Indian Health Service paperwork worked there.

I remember her as someone always smiling, always quick to laugh, cheerful and friendly.  But that was true for the vast majority of my co-workers, whether they were Navajo or bilagáana.  We were all sitting around the folding table on a Wednesday morning during our weekly staff meeting, chatting about things-now-lost-to-memory, when the secretary suddenly surprised me.

Now it was her turn to look startled.  “Down in Pima.”

“Pima?” I repeated.  ‘Pima’ is both a specific people closely related to the people of the Tohono O’odham Nation, as well as a colloquial term used self-referentially by those who live on the reservation, the majority of which is in Pima County.

She raised an eyebrow.  “Yes?”

I tried to collect myself, and failed.  “I thought you were Navajo!”

One of my nursing assistants – who was most assuredly Navajo – nearly spit out her coffee.  “You thought SHE was NAVAJO?”

She shook her head.  “Of course she’s not Navajo.  Just look at her!”

To this day, I do not believe I would be able to distinguish a Pima from a Navajo from a Hopi from an Apache if you put them all in a lineup.  There is a not-small part of me that is ashamed of this.  But there is another part of me that stands back, surveying this scene with fascination.

How many other things, throughout my days wandering this world, have I not seen?

How many times have I not known how to look?

As the Ebola epidemic in Sierra Leone slowly began to subside in late December of 2014, I made my first visit to a quarantine facility in an area called Sumbuya.  The ‘red zone’ was cobbled together from tarps, plywood, two-by-fours, and long dry branches, the elbows of bent nails sticking out akimbo from every join.  The isolation area was built up around a school commandeered from the community, and the sick and dying lay on mattresses on the floor in empty, broken classrooms.

The nurse in charge that day wasn’t even officially a nurse, but simply a first-year nursing student who had come forward to try to help her country.  At that point the virus had already killed hundreds of nurses, many of them unable to obtain the protective gear they needed to save themselves.  Many of the surviving nurses had resorted to locking their dying patients into wards, throwing food through windows, leaving the dead where they lay.

But this nurse, Fatmata, joined me in the staging area, expertly donned her own PPE, and entered the red zone by my side.  I walked through the wards, noting the availability of clean water, the lack of trash on the ground, the relative paucity of open needles lying around (improper disposal of sharps is endemic to many countries in Africa and around the world).

I finished my inspection of the wards and the grounds, and motioned to Fatmata that we should call for a sprayer, decontaminate in the doffing area, and leave the red zone.

She brought me to where a very young girl, maybe only six or seven, was sitting in the dirt in the meager shade of a tree.  She motioned for the girl to stand up; it was obvious that the child barely had the energy to do so.  She staggered to her feet and stood there, swaying a little, making a faint, pitiful sound somewhere between a moan and a whine.

Fatmata watched her for the space of several breaths and then gestured for the girl to sit down again.  The child collapsed back into the shade, and lay motionless.  “There, you see?  She must go to the Government Hospital.”

I stood there for a moment, puzzled.  It was obvious that the child was sick, but I was also certain that it wasn’t Ebola.  I had seen more than a hundred cases of the virus by then, and knew what it looked like as it dismantled its host from the inside out.

Fatmata gave me look of complete disbelief.  “She has malaria bad.  She needs a blood transfusion!”

I glanced back at the small, limp child under the tree.  “How do you know?”

She made an untranslatable sound.  “Miss Martha, just look at her!”

I called Port Loko for a non-Ebola ambulance and arranged for the child to be transported to the hospital.  As we waited I looked at the child, and then looked again, and again.  I slowly recognized the faint, pale jaundice of her skin.  Her relentless fatigue.  And, after the little girl had been fully decontaminated from the red zone, I pulled her lower eyelids down, examining the conjunctival lining, looking for the tell-tale pallor that indicates severe anemia.  Her conjunctiva were as white as snow.

A blood transfusion at the hospital – donated by one of the ward nurses – along with a course of anti-malarials saved her life.  Fatmata’s work in the Ebola Wars saved many lives, including the life of her own brother.

But after I left Sierra Leone I lost contact with her, and I have yet to find the courage to look for her again.

In my first two nights working independently as a Sexual Assault Nurse Examiner, I completed a five-hour case, and consulted on another one.  Two hours from the end of my shift, I was tired and emotionally wrung-out, and I hovered near the charge nurse, hoping that the low census in the ED would justify sending me home early.

The triage nurse walked towards us, and without a word, handed me a chart.  Clipped to the chart was a handwritten note:

I was raped
and robbed
and beaten for hours

I looked at the triage nurse.  He shrugged helplessly.  “She handed me the note when she walked in, and hasn’t said anything since.”

Kiera* was willing to talk to me.  And talk she did.  We sat together in one of the triage rooms, the door closed, and talked for nearly forty-five minutes.  It was as if no one had taken the time to listen to her in her entire life.

And, in retrospect, probably no one ever had.

She was a prostitute.  A junkie.  She had $35 to her name, so when the guy told her he’d give her a hundred bucks just to sit and watch TV with him in his motel room, well….who wouldn’t say yes to easy money like that?

But then the drinking started.  And the more he drank, the more angry he became, and when he crushed her phone in the bathroom door, took the last of her money, and threw her clothes out into the parking lot, she knew she was in trouble.

The assault lasted for hours.  She was choked nearly to unconsciousness, badly beaten with pieces of furniture, lamps, the remote control for the TV.  She asked me to look at her back, to see if the bruises were showing yet.  Finally, on the pretense that a friend was coming by to drop off dope for them both, she managed to retrieve her clothes from the parking lot and run for her life.  A good Samaritan found her crying in the parking lot of a nearby grocery store, bought her a sandwich, and drove her to the hospital.

My mind was whirling, operating along half a dozen multiple paths, multi-tasking through the available protocols available to us as SANE nurses.  These injuries may be beyond me; she may need a full medical ED admission.  She needs STI prophylaxis.  She needs an HIV test.  Does she want to contact the police?  Will she let me collect any evidence, even anonymously?  How can I get her to a safe place tonight?  Is she going to go into withdra-

And as the last thought crossed my mind, Kiera abruptly leaned over the trash can, and vomited.

“It’s all right,” I said softly, and gently laid a hand on her shoulder, trying not to press on any bruises.  And as Kiera heaved her guts out, pale and clammy and shaking from heroin withdrawal, I looked at her.

Younger than me.  So thin, skin over bones.  Mascara smeared around her eyes and down over her cheekbones from hours of weeping.  The triple-teardrop tattoo at the outside corner of her right eyelid, its presence simultaneously ominous and secretive.  Her teeth, blackened and broken from a savage beating by her partner years ago.  No shoes, her feet dirty from running.  The hood of her sweatshirt still pulled over her head, like a child hiding from nightmares under the safety of a favorite blanket.

And I looked at Kiera again, and said, “What do you need?”

And Kiera wiped her mouth, sat up, and said, “I need to get well.”

She used the hospital phone to call a different motel where a friend was staying.  The friend was awake, had a van, and had dope.  She’d be at the ED to pick Kiera up in ten minutes.

When Kiera said “well” what she meant was “high,” and I’d understood.  Her heroin withdrawal was becoming unbearable, and the only thing she could think about was shooting up and making it stop.  We talked for a few more moments while waiting for the van.

“This isn’t the first time I’ve been raped, you know.  I’ve been raped a bunch of times.  That’s just what happens when you sell yourself for dope.  I’ve just never been hit so hard….” and she faded away into the memory for a second, before pulling herself sharply back to the present.

She looked out into the darkness then, and cried her last tears of the night.  “I just wonder where the bottom is.”

I sat and listened in silence.  Inside, I was screaming.  Get her in to see the doctor!  Give her narcotics to stop the withdrawals so you can take care of her!  Get the evidence, get her antibiotics, get her help!

I caught her eye.  “If you want to come back after you get well, have them call me in.  I’ll come back and take care of you.”

She nodded, and met my gaze.  “Thank you for being so nice to me.”

The van pulled up, and her friend stepped out.

Kiera looked at her.

And for the first time that evening, she smiled. 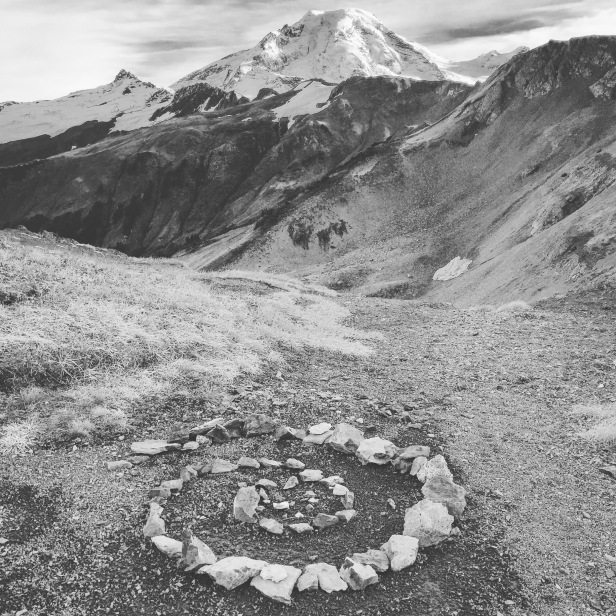 *name has obviously been changed

4 thoughts on “Look At Her”